The QA job market is a killer, would you stand a chance? A unique view into the ever-evolving software testing recruiting industry.

QualiTest has gathered information from the biggest and most popular us-based online job boards. We collected data from over 450,000 listed software QA positions across six job boards:

With the data collected, we can examine patterns and identify trends that can give us a glimpse into testing industry and what is currently in demand. Whether you’re interested as a recruiter, or trying to figure out how to grow your career and stay relevant, everyone should see the direction that the software testing industry is going. Below you’ll find highlights of the data we collected; some may surprise you, and others may seemingly make sense.

With the information we’ve gathered, we’ve been able to dive into some of the most discussed topics. We at QualiTest have found it fascinating, some assumptions have been proven, while others shattered.

We dive into these questions and more to discover the true nature of the software testing industry.

Seniority roles | Comparison of Junior, Mid-level and Senior roles and popularity by language Language requirements based on seniority

SQL as a database language is highly sought after due to its utility in a wide range of project types.
Java takes the lead of programing languages followed by the C-languages. Ruby and Perl have seen a steady decline on popularity over the years. We wanted to find the most common position titles for different professional levels. For example, Junior is a much more common title than entry-level. We also found that Automation Engineer is more popular than Automation Test Developer. It was interesting to see more Team Lead roles than other senior positions; perhaps this is due to Team Lead being an almost universal job title, as opposed to the other senior positions on the list, which can all essentially represent the same position.

Job titles, as many recruiters know, affect some people’s perception of the same position. Emphasis or exclusion of certain keywords in a title can become a heated debate. Engineer, Developer, and Tester can certainly represent the same positon, depending on who you’re talking to. Perhaps we should remind ourselves to see the abilities and skills of the individual, not the specifics of a title.

How this could affect you:

Automation roles Vs. Manual roles | Both are essential, with a significant difference The Basics – Manual testing is the base of all software testing, certain projects will never be able to efficiently utilize automation testing. The majority of jobs in demand seem to be automation heavy, it’s important to remember a few things. Manual positions typically have lower requirements than Automation positions. Automation positions, while generally lower in numbers, are higher in specialties in language, tool experience, project-type, etc. Creating a higher number of postings for Automation rather than Manual. Are these numbers surprising? As a recruiter, would this change your approach to either position-type? 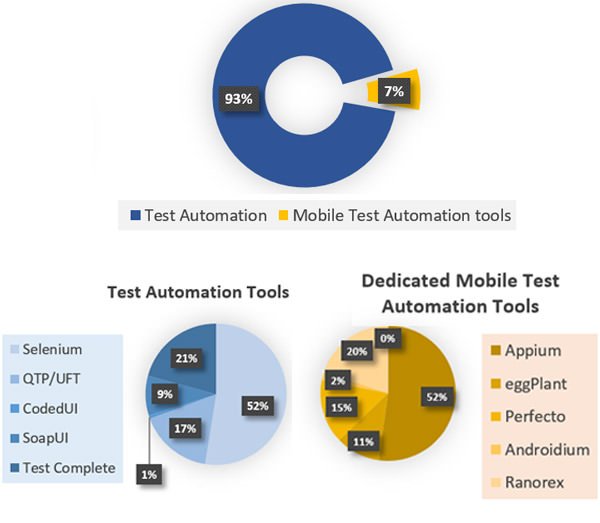 Selenium – Taking the testing world by storm. This popular open-source automation tool has been emerging as a dominate force. Although Selenium has its downsides, they are often addressed with a wealth of plugins and supplemental tools, leading to a flexible and versatile solution.

Both tools are a representation of their era; QTP was designed to run one test at a time on a single machine and Selenium was designed with a cloud capability in mind. Selenium supports more languages and browsers than UFT/QTP. Both are automation tools created with the capabilities and demands of their times.

How this could affect you: jMeter, an open source tool, has gathered strength lately that provides load testing solutions beyond just web applications. The jMeter project is updated and maintained by Apache, a non-profit organization built by a community of developers dedicated to open-source software.

LoadRunner is the runner up, a veteran HP tool, created in 2000 and acquired by HP in 2006. While quite capable and easy to use, the biggest drawback is often the cost of a license.

In situations similar to this comparison, the question often comes to mind; does cost have an effect on which tool a project will use? ROI’s always weighs heavily in that discussion, as to be expected, but it is hard to pass up a community-supported open-source option which will almost always have modifications, add-ons or plugins that will increase the appeal of open source. Test Execution – Considerably lower demand than test design. Once the test suite has been designed, it can be executed as many times as needed with a lower skill requirement than design with a relatively bigger resource pool.

We’re seeing many changes in the testing industry’s demands. Some results are surprising, while others were expected.

We hope you’ve found this information as enlightening as we have. At QualiTest Group, we’re always striving to master our craft and further our understanding of the testing industry.